Thanks to the Cultural Recovery Fund, we have been able to work with some exceptional artists from around the UK to create a series of short workshops for 12-19 year olds. 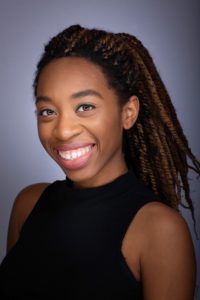 Paige Peddie is an Actor, singer and vocal coach from Nottingham who has been surrounded by music all her life. Paige gained a love of singing from her church and her experience developed through a variety of performances she has done over the years including gospel choirs, backing vocals for multiple artists, various gigs and recordings. One of her favourite performance’s is her appearance on BBC 1’s Michael McIntyre’s Big Show as the Christmas day “Unexpected star” in 2018.  She made her professional musical theatre debut in The Lion King UK Tour in 2019, and she is currently running online vocal coaching lessons for all ages. 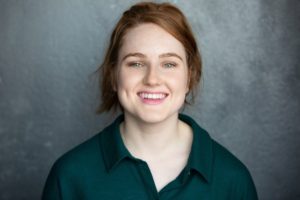 Evangeline Henderson is a 2020 graduate from ALRA North and represented by Take One Agency. Her credits whilst training include ‘Treasure Island’ and Peter Shaffer’s ‘Black Comedy’. She is also a member of the National Youth Theatre. During lockdown, she has been involved with ‘Bard from the Barn’ which reimagined some of Shakespeare’s duologues in the current modern climate.  She is delighted to be working with Corby Theatre in what will be her first professional commission.

Haruka Kuroda is a Japanese actress, based in the U.K. She is also a fight director and a voice over artist.

Her first job out of drama school was to create the voice of Noodle for internationally acclaimed virtual pop band, the Gorillaz!  On their first international tour, she was the backing vocalist to Damon Albarn.

She played a regular character (Yasuko) in a critically acclaimed BBC Three comedy Ideal with Johnny Vegas, as well as making a guest appearance in TV shows such as  Killing Eve, Jonathan Creek, Hebburn and Justin’s  House.

Her versatile career has recently seen her working as language coach to Oscar winning actress Alicia Vikander on the film Earthquake Bird, Sidse Babett Mnudsen on Ch4 drama The Accident and as dialect coach on the set of BBC/Netflix’s show, Giri/Haji. 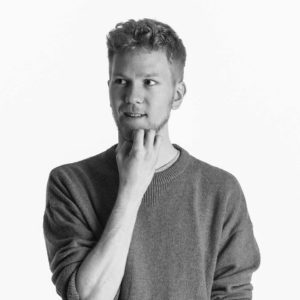 Nye Russell-Thompson is the creator of StammerMouth, an award-winning, international theatre company in the world-celebrated British disability arts.

StammerMouth was made out of the necessity for people to understand how it feels to have a speech impediment, exposing audiences to self-destructive humour, a DIY aesthetic, and hilariously uncomfortable audience participation.
StammerMouth’s award-winning JUST A FEW WORDS tours internationally, incorporating British Sign Language, Speech-to-Text and Audio Description as integral artistic tools, to convey a semi-autobiographical story about someone with a stammer trying to say “I love you”.

Forging an artistic continuum of stark minimalism and terrible opportunistic puns, I create work with freelance professionals to discuss the difficult subjects, and provide workshops that encourage seeing performance as power in our lives.  Supported by Unlimited, and Arts Council Wales.