Join us on Saturday 1st May for some first-rate comedy streamed live to your home!

The Bangers and Mash Comedy Club features fantastic new comedy from up and coming local young comedians alongside brilliant professional acts from the comedy circuit. This show features the musical talents of comedians Friz Frizzle, Hannah Sylvester and Edy Hurst.

Laugh your socks off- the perfect way to spend a Saturday afternoon.

Friz Frizzle is an award-winning comedy musician (TenFootCity Comedian of the Year 2018, WeGotTickets Musical Comedy Award Finalist 2017/2018) and writer (BBC Radio 4’s The Now Show and The News Quiz). He has taken ten shows to the Edinburgh Festival Fringe, and was called “a master of musical comedy” by Comedy Central. Since 2011,   he has taught children and young adults the skills of improvisation, comedy and self confidence on stage. 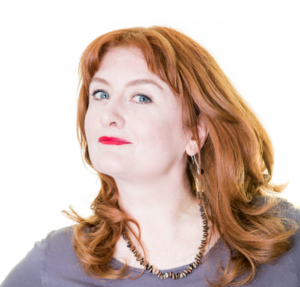 Hannah has been performing on the stand-up comedy circuit since 2011. Based in the West Midlands, she is a regular on both the local and national circuits. Her adult set combines frank and honest stand-up comedy with a warm delivery and the occasional comedy song. She is also an accomplished children’s comedian and is the resident comedian at Laughing Sole Comedy for Kids at the Midlands Art Centre. She has performed solo shows and children’s comedy at a number of festivals including the Edinburgh Festival, Leicester Comedy Festival, Deer Shed Festival, Sacred Festival and Lakefest.

In 2014 she won the ‘Breakthrough Act’ award at the Midlands Comedy Awards and was a finalist in the Nottingham Comedy Festival New Comedian of the Year Award and the Birmingham Breaking Talent Awards at the Glee Club.

In 2015 she came second in the Hull Comedy Festival New Comedian of the Year Competition and in 2017 she was nominated for Best Act at the Midlands Comedy Awards.

“She’s a woman with a lot of attitude, and a way of expressing it that is often viciously, hilariously blunt”– Steve Bennett – Chortle

“With a touch of Julie Walters about her, she totally delighted a 200 strong audience with ease. If you’re a comedy booker, and you’re not booking her, you’re wrong…” – Hilarious Comedy 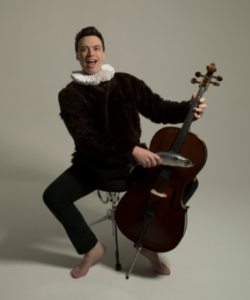 Edy Hurst is a charming oddball full to the brim with ideas and joy. Bringing a guitar, loop pedal, and his best smile, he’s been bringing a skewed musical slant to comedy nights across the UK since beginning comedy in 2013. Nominated for the BBC New Comedy Award, Edy has appeared on BBC Radio 4, MTV UK, and in your dreams, ya weirdos.