An old man sits in a room faced with a collection of recording devices that he has collected over his long and eventful life. He opens a drawer, takes out a pipe, unscrews his flask and pours himself the first cup of tea of the day.

For more than fifty years he has been recording everything that has happened to and around him, and as the years have passed so the burden of this documentation has grown. And today he has decided to make his last tape.

Based on the diaries of Tony Benn, one of Britain’s most respected, divisive and celebrated politicians, this new play examines the struggle of a man who realises that maybe it is time to withdraw from the fight, to let others take over, but just doesn’t quite know how.

Presented by Nottingham Playhouse Theatre Company and written by Andy Barrett, their previous productions include The Day that Kevin Came, Garage Band, The League Of Youth and most recently the acclaimed touring production of The Second Minute, which was also performed as part of the neat14 Festival. 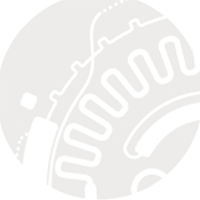