The Core is situated within easy reach of the train station. All the main bus routes and road links and a stone’s throw from Willow Place Shopping Centre. The entrance is located on George Street, directly opposite from McDonalds.

Postcode for Sat Nav systems: NN17 1QG. Parking is available right next door to Corby Cube and East Midlands International Swimming Pool. This is a pay and display car park. Charges are applicable Mondays to Saturdays, as follows:

Click here to view a map of alternative car parks nearby.

From Leicester and the North West: Take the A6 South towards Market Harborough, signposted towards Kettering. At the roundabout, take the A427 towards Corby and take the second exit on the following three roundabouts. The Corby Cube and Willows Car Park are on your left.

From Stamford and the North East: Take the A1 South to Stamford and exit at the junction signposted A43 Corby. At Weldon, continue to follow signs towards Corby and join the A427. Take the second exit at the following two roundabouts and upon the third the Corby Cube and Willows Car Park will be on your right.

Corby train station is less than 10 minutes walk from Corby town centre and now links Kettering, Wellingborough, Bedford, Luton and London St Pancras with Corby and offers an hourly service. For train times and special ticket rates please visit www.eastmidlandsrailway.co.uk. The bus service from the train station is number 5 or 7, which brings you right to the door of the Corby Cube.

The Stagecoach X4 bus links Peterborough, Stamford, Kettering, Wellingborough and Northampton with Corby Town Centre. The X4 brings you right to the door of The Corby Cube and Corby town centre at regular intervals throughout the day. For bus routes and timetables please visit www.stagecoachbus.com 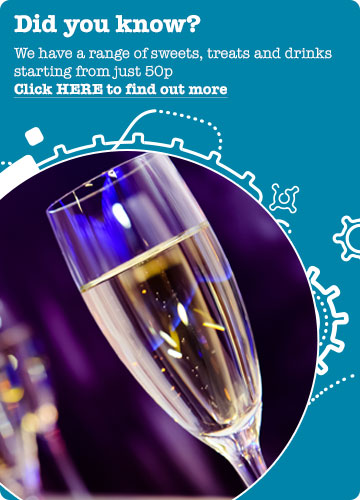